How can we help you today?

Get support for a child with special needs

Learn how we support short term child care in Ottawa

I'm looking for a job

Our supports and services 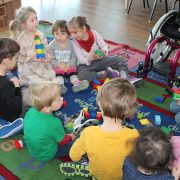 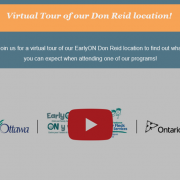 The EarlyON Child and Family Centre – Ottawa South is a place for children aged 0-6, their parents and caregivers to take part in programs and activities together. Parents and caregivers can also get information about services available to them in the community, learn about their children’s development and get answers to their questions. At the EarlyON Child and Family Centre our focus is on helping families give their young children the best start in life. Services are available in English and French. 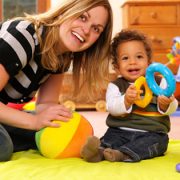 Peace of mind for working parents is what this bilingual program initiated in 1987 is all about. We provide reliable, accessible back up care for children 3 months to 12 years when the child is mildly ill, when regular child care arrangements are interrupted, or when other family emergencies arise.

There are no upcoming events at this time.

What have we been up to?

Check out our news section

Andrew Fleck Children’s Services has been providing early learning and care to families of Ottawa since 1911. Our centres provide licensed child care for children between the ages of 18 months and 12 years of age located in various locations throughout Ottawa.

The children at our Overbook Centre took advantage of the beautiful sunny day to go snowshoeing around the yard. Ready - Set – Go #overbrookcommunityassociation ... See moreSee less

An exciting opportunity for childcare in our city

A true community leader.Ray and Eleonore Benesch have lived on Hobson Rd for 54 years, after Ray took a job at the National Research Council. They were attracted to a small new development near Mooney's Bay, called Edstan Gardens, because of the proximity to good schools, recreational opportunities and a local grocery store.

In 1970, Eleonore was recruited to be the first Director of the Riverside Park Nursery School, which was jointly sponsored by the Roman Catholic, Anglican and Riverside United Churches. The parent co-operative nursery school became an instant success, far beyond the religious communities. With the support of Dan Donnelly Ford Lincoln Car Dealership, the RPNS secured daily transportation for children from the Ledbury development and gave a head start to young families.

The Riverside Park Nursery School continues to thrive and grow and is now in the process of constructing a purpose-built Early Learning Centre at the site of the original Bayview Public School on Springland Dr.

Eleanore’s lifelong passion for accessible childcare, is only matched by the couple’s commitment to family and community.

Winter is nearly here, which means no matter where you live in Canada, the temperatures are going to drop. Granted, winter temperatures in Canada can range anywhere from 5°C to -35°C. Regardless of where you are, some or all of these activities can help keep your young friends engaged and eager to...
View on Facebook
·Share

Thank you to the One Voice Children’s Choir for acknowledging those that are working hard for our community but also for acknowledging parents.
Parenting during a pandemic is different - balancing of work and family responsibilities is a lot – please remember You’re Doing A Good Job, even on the days when perhaps you are not sure!
youtu.be/NkDNp4ATCso ... See moreSee less